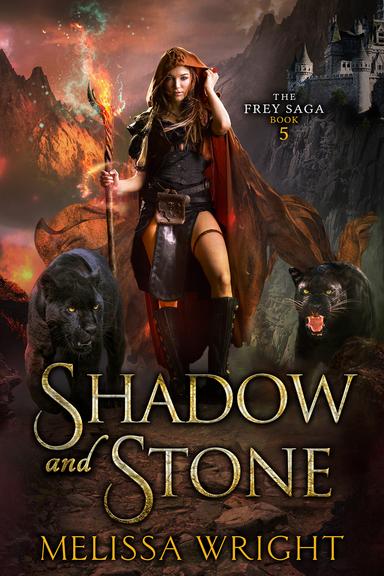 After a perilous clash with the fey, the changeling who betrayed the paramount of their laws--and threatens the safety of both realms--has gone into hiding. As Frey and her Seven recover, concealed plans and furtive bargains begin to unravel, putting in danger their old guard and new.

Scattered and healing, those sworn to protect the North and its lord work to secure their footing. They are running out of time to cure the darkness poisoning the fey lands, before it overflows into the rest of the realm. But Ruby has gone missing, and this time it seems of her own accord.

They’re out of time.

If they don’t stop her, she’ll face the deadly changeling alone. But more forces are at play than it seems, and the fey lord confined on his lands by treachery and two half-human elves has made a bargain of his own.

What People are Saying ...
"I would recommend this to any fans of elves and fantasy; the world this author has whipped up is pretty darn cool." -- Nightly Reading
"...A-M-A-Z-I-N-G. I read this in two days because it was so hard to put down..." -- Known to Read
"Creative and action-packed ... the author has taken a mundane theory and turned it upside down." -- The Page Turner